Explore the intriguing architecture of Lindos with Greece Visa

Lindos is a splendid acropolis on an imposing rock. Settled at the foot of a steep rock and elegantly surrounded by the sea, lies the traditional settlement & century old acropolis of Lindos. The acropolis bears silent witness to Lindos’ incredible past. The topography of Lindos unfolds the essence of Rhodes, astounding & relevant blend of an ancient marvel. Lindos competes with Delphi as the second most visited archeological spot in Greece.

Insights into the exhilarating architectural beauty of Lindos

The sight of Lindos village with its cubic houses sprawling down the hillside is one of the most enthralling scenes in Greece. The whitewashed labyrinth of little alleyways was purposely crafted to confuse pirates. The winding streets of the historical well maintained architecture of Lindos form a great background to enliven evening stroll.

There are picture perfect medieval captains residence constructed around Votsaloto courtyards with emblem marked on their heavy wooden doorways. Domed entrances embellish the streets, adding a multiracial flair to the settlement. Try exploring some of these abodes and admire the astonishing interiors with their stirring arch and courtyards.

Another alluring attraction located in the center of the village is Church of Virgin Mary of Lindos. Don’t fail to grasp the opportunity to experience the serenity of the church & witness the 15th century frescoes (Fresco is a unique technique of mural painting executed on wet lime plaster) hosted here by applying for Greece Visa.

Accomplish your tour with a visit to the two prominent architectural monuments of ancient Lindos. 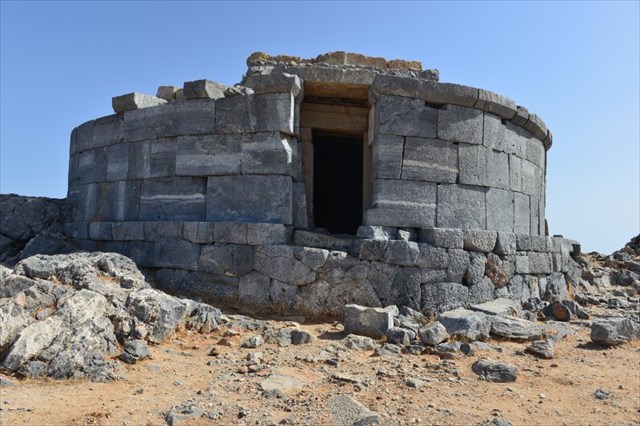 The Tomb of Klevoulos is a disc shaped structure with vigilant built stone work and a vaulted roof. The doorways have an ornamental molding with petals like a palm leaf. The tomb is made up of thick blocks of stone loosely placed together. After exploring the tomb one cannot resist from admiring the striking views of the nearby locations. Wander around the tomb and behold the glory of the blue sky, blue seas and of the rocky coastline surrounding the parts of the tomb. Enjoy every yard of unexplored thrill by applying Greece Visa. 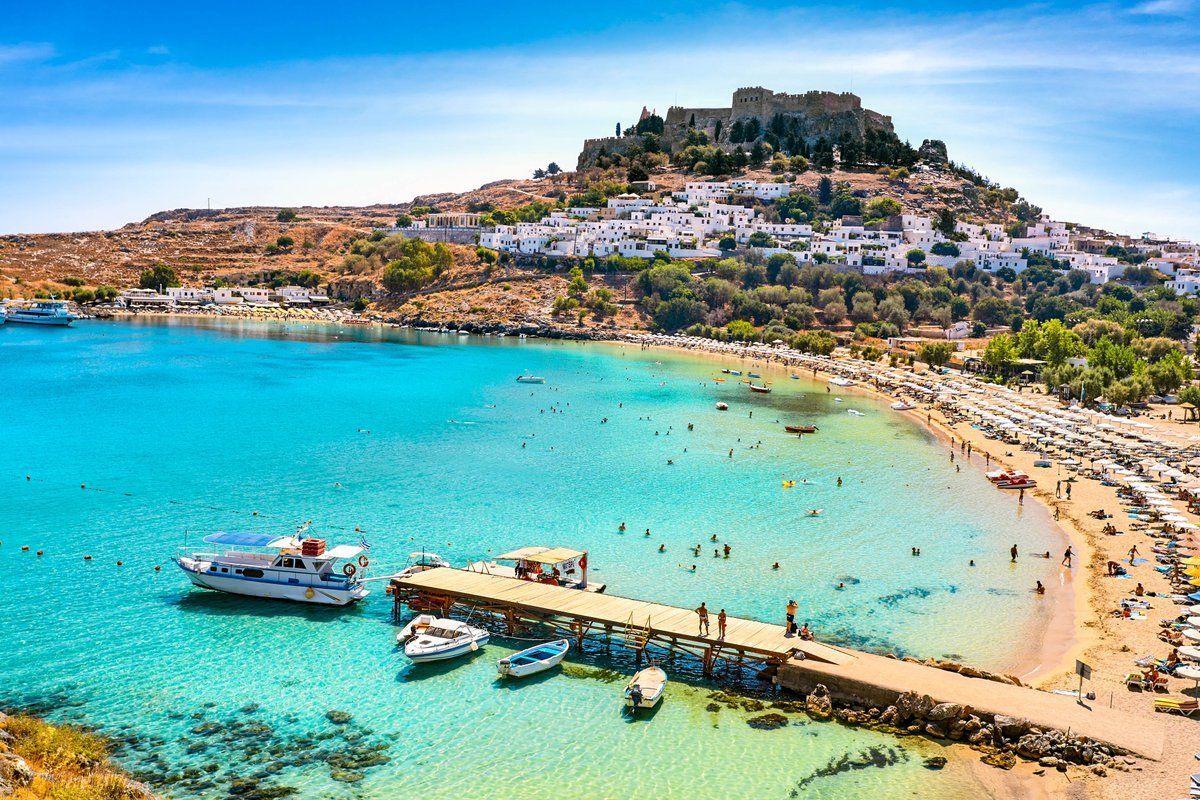 Lindos main beach is extended and secured by the stony capes of Aghios Emilianos. The beach is well categorized and provides a plethora of water sports, beach bars and pleasant restaurants. The cool & crystal clear water of the sea entice the tourists to swim & escape in its serenity. The visitors can also enjoy the majestic view of the village of Lindos and it’s Acropolis.

Daily tour boats depart from the harbors of Faliraki and Mandarki from Rhodes town centre. It provides flawless region for sunbathers who love to spend the whole day by the sea. As it is the most favored beach, mass of tourists from around the globe visit it every day. Tourists who desire to prevent the massive crowd, the Palace beach can turn out to be an excellent choice for them because it is less crowded. The shallow waters of the Palace beach makes it ideal for quick dip for children.