5 Best Scuba Diving Destinations In Greece To Visit This Autumn

Greece is acknowledged as the cornerstone of contemporary western civilization. It is the birthplace of modern-day Democracy, Western philosophy, Western literature, Historiography, Political science, major scientific and mathematical principles, and notably the Olympic Games.

This wonderful and mesmerizing land possesses over 230 inhabited islands, vast coastline, and stunning beaches, situated at the Southern tip of the Balkan Peninsula at the crossroads of Europe, Asia, and Africa.

Why Greece For Scuba Diving?

The beautiful beaches along with wrecks, caverns, and reefs, attract millions to experience scuba diving in Greece and explore its bewitching underwater marine life. In Greece, wherever you go, the soothing blue seawater is ready to welcome and immerse you to deliver an experience of a lifetime. If you are planning to visit Greece shortly, all you need is a travel plan, a valid Greece Visa along with a flight ticket to explore some of the world’s best scuba diving spots in Greece. 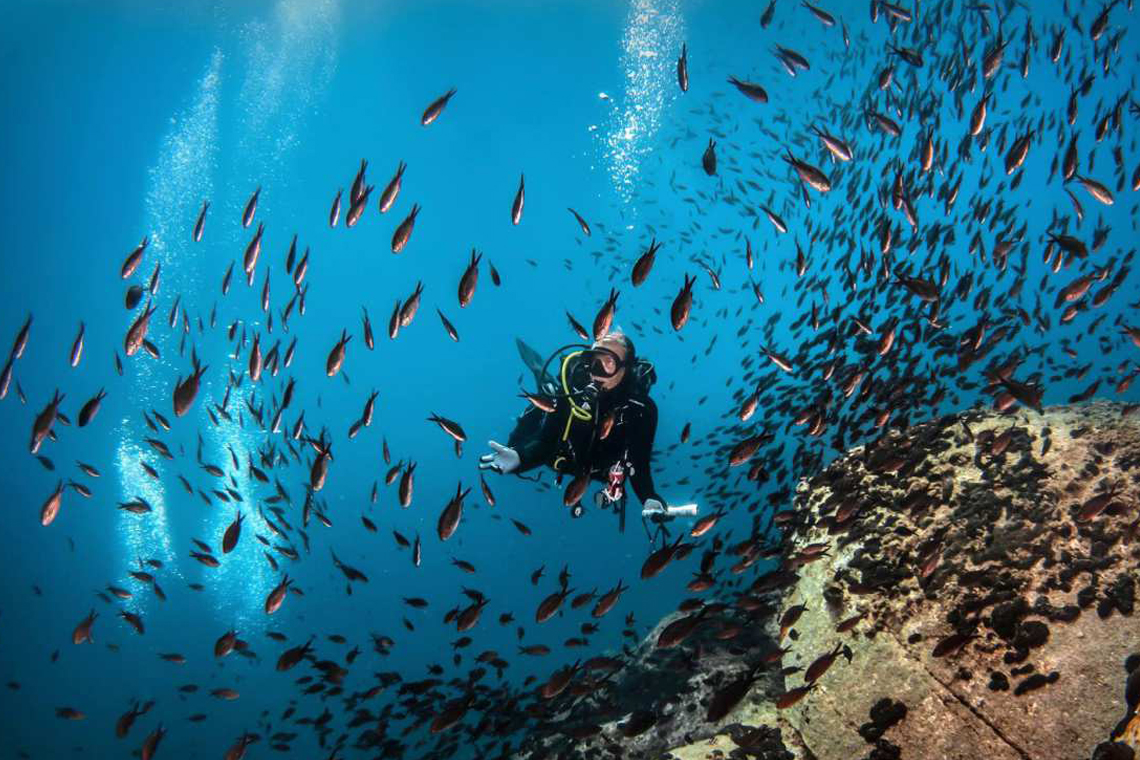 The Greek seas hide some of the most gorgeous spots for scuba diving and snorkeling, making it tough for many first-time visitors to select the top beaches of Greece from its more than 230 spots. To assist them, below is the list of 5 top-notch spots for diving and snorkeling in Greece, which must be visited by everyone, for at least once.

It is located in the northwest of Lesvos and has been a popular snorkeling site for adrenaline junkies for years. It is also the prominent Greece scuba diving destination. The magnificent volcanic formations and ample marine life make this spot favorite for both skilled and beginner scuba divers. Just get equipped with your scuba gear and snorkeling mask and explore corridors of coral, colorful fishes and sponges. The lesser currents allow clear visibility to astounding beauty of 118 feet deep reef. 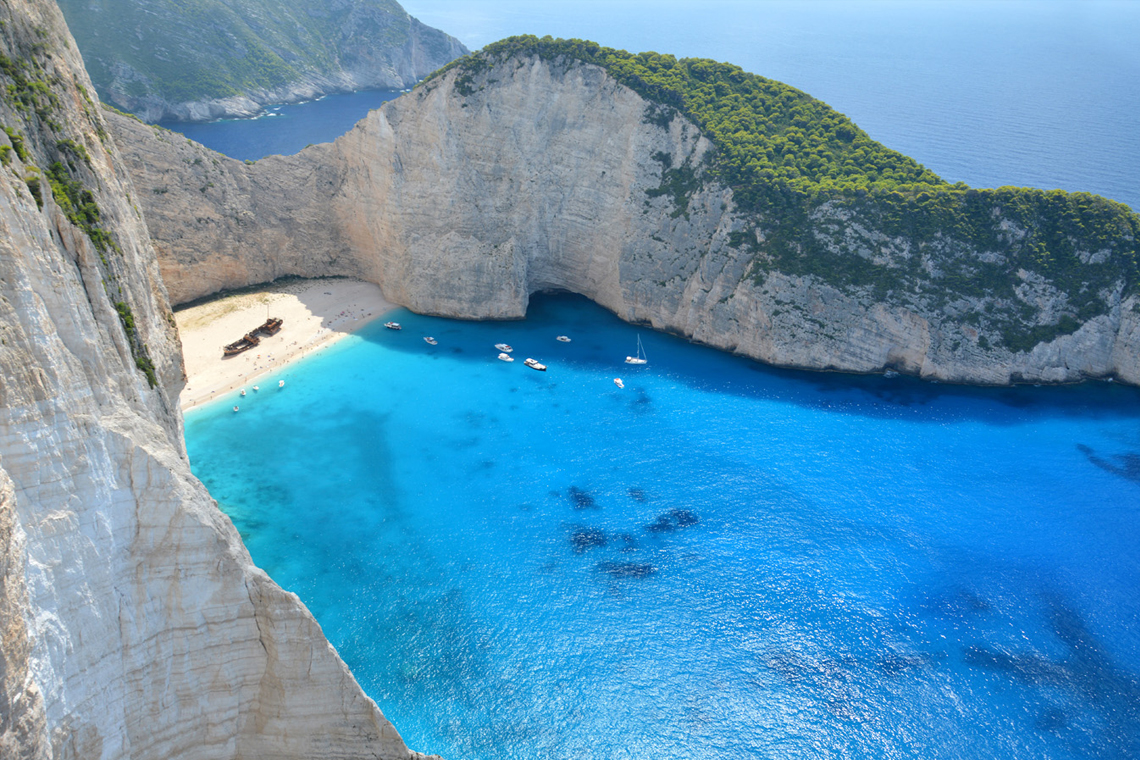 Your tour to Greece would be incomplete without spectacular beaches, incredible coastline, and diverse nightlife of Zakynthos Wreck Island. It’s a heaven for the scuba diver enthusiasts as it is blessed with some of the epic dive sites in Greece. The famous HMS Perseus wreck formed by the sinking of British Submarine during World War II lies at the depth of 171 feet. Since then, HMS Perseus has been inhabited by the numerous marine lives, which has now extended to the nearby rock formations, attracting and giving memorable experiences to the visitors. 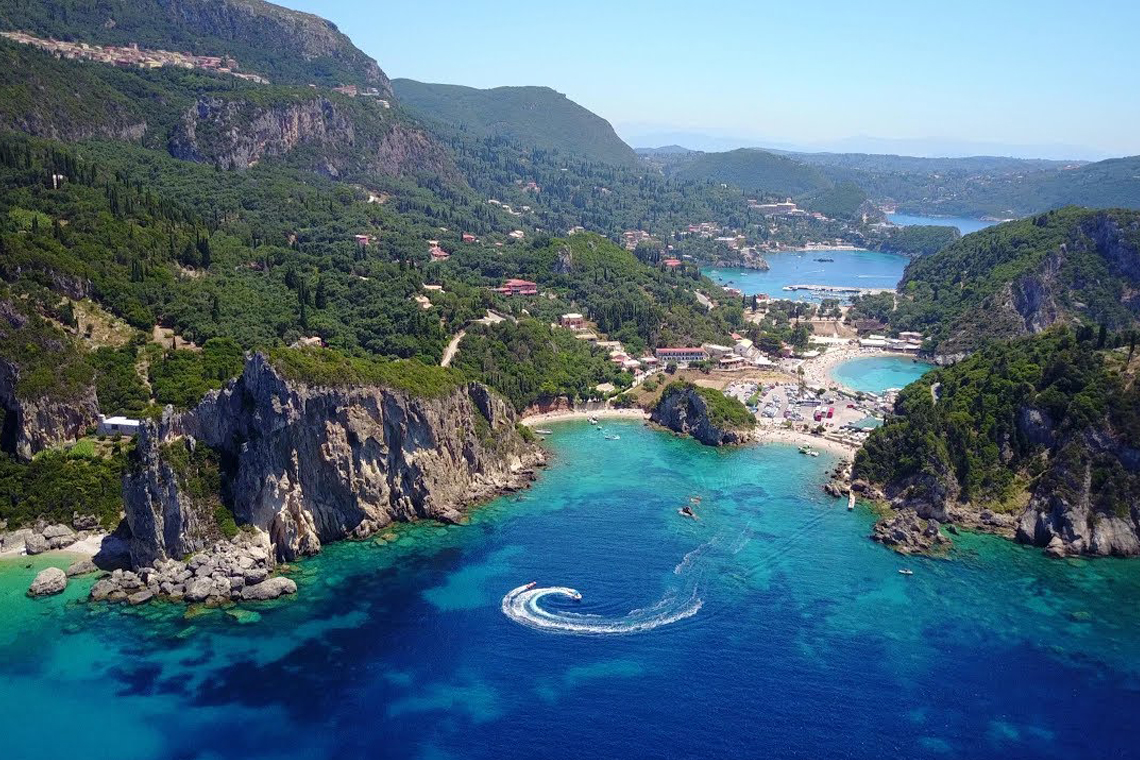 Paleokastritsa lies in the northwest of Corfu. It ranks amongst top-notch Greek Spots for Scuba Diving. Thousands of divers visit this beach every year to explore magnificent beaches and crystal clear water housing reefs and rocks underneath. It’s Kolovri Beach has corals up to 131 feet deep and a spectacular underwater archway, making it a perfect playground for divers.

The Elephant’s Cave in Crete:

Leaving Greece without visiting the Elephant’s Cave in Crete is a considered cardinal sin for the scuba divers. This is a partially filled underwater cave located in Akrotiri, near the Deprano area that hosts remains of extinct animals, making it an enthralling spot for divers who enjoy exploring fossils. Do not forget to add this beguiling destination for scuba diving in Greece to your bucket-list.

If you love exploring the wrecks, this is one spot that you must not miss. The famous wreck of Anna II situated in the southeast of Mykonos is a fantastic site for exploration. It has been formed by the sinking of 203 feet long cargo ship that lies 82 feet deep and provides the ideal playground for wreck divers. The surrounding areas, especially the coral reef and its numerous colonies of sponges are equally captivating and will create everlasting memories. Get a Greece Visa Appointment & head out with your loved ones to undertake an exhilarating scuba diving experience. 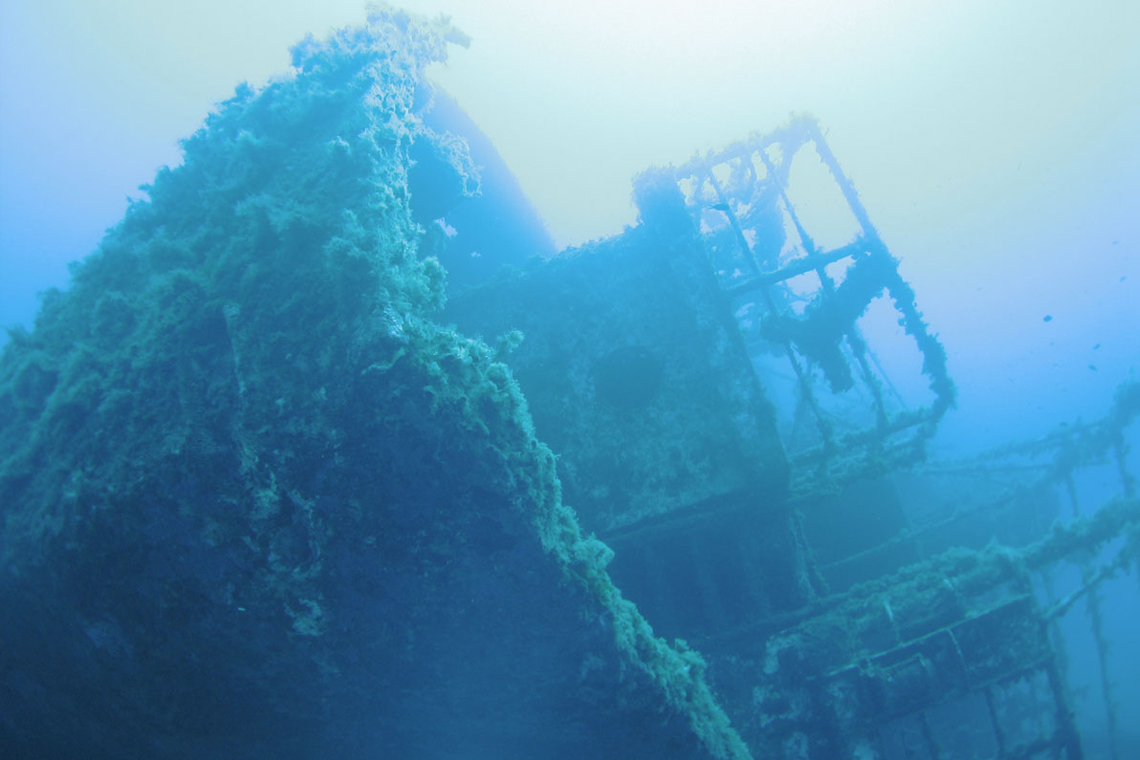 The summer and autumn seasons of the year are the best time to visit Greece to explore it is astounding beaches and have the experience to cherish for the rest of life.

If you are dying of boredom and monotonous life, plan your travel itinerary to the Greek Islands with Greece Tourist Visa. You can apply for Greece Visa from the comfort of your home by filling the Online Greece Visa Application from the UK.

This autumn embark your journey to serene Greek Islands and submerge yourself in the captivating and sublime tranquil waters of Greece with your family or friends for an enthralling vacationing!